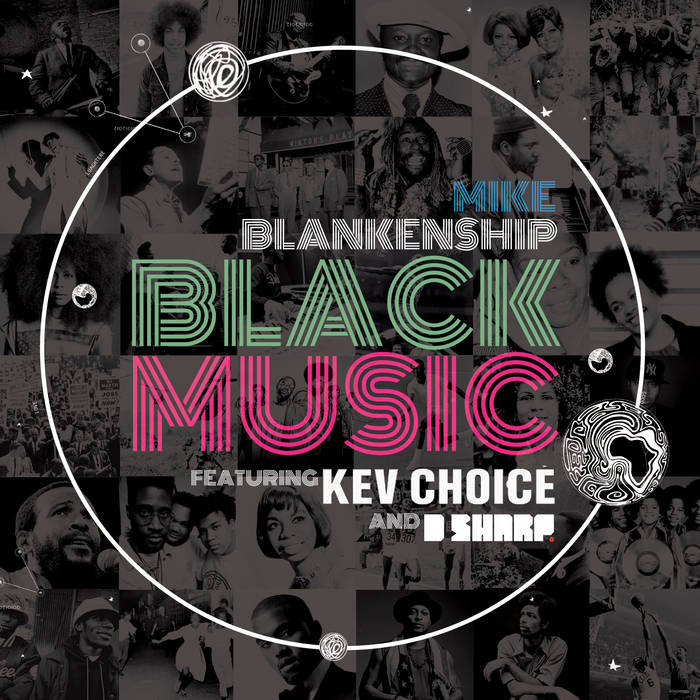 "Soul. It’s something we stand for here… It’s the first word in our namefor a reason. Our goal is to always give it to you, but often times were searching for it ourselves. Hip Hop. Same goal right? The Bay Area’s, Mike Blankenship is a musician/producer pulling inspiration from many places, with his single ‘Black Music’ off the bat the keys alone are a nod to Jazz tradition, you can identify the 4/4 drum pattern with that MPC 2000 swing immediately giving us perspective of his hip hop roots. Like the DJ a special ebb and flow is taking place with Blankenship, he is giving as much as he is searching, he is studying the sounds around him all while celebrating them. With that experience comes a responsibility to harness the past and an opportunity to literally rewrite our future. I understand thats a hyper-­romanticized line in troubled times, but think about it, when Louis Armstrong recorded ‘What a Wonderful World’ in 1967 on the heals of the civil rights movement he could have ONLY been envisioning such a future. American­ Black-Music has always been a reflection of the experiences around all of us, with a goal to either educate the mind or soothe the soul and Mike Blankenship is here to offer you a healthy mix of both on this one." - Griffin Turnipseed (Souls In Action)

Bandcamp Daily  your guide to the world of Bandcamp

Featuring Plunky of Oneness of Juju and Coldcut & the Keleketla! crew.